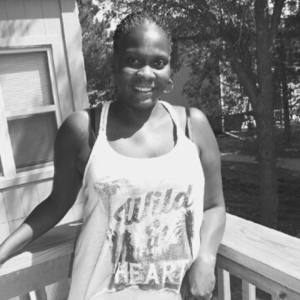 My name is Kamisha Williams.  I am a single mother of an 11 year old boy and twin girls, and my son has special needs.  In April of 2014 I was in an accident at work.  Ever since then, I have been unable to work.  Just days after my accident, my cousin had passed away, leaving behind her 7 children.  In the span of just a few days, my world completely changed. I was unable to work, recovering from my injuries, grieving the death of my cousin, and now raising 9 children in a two bedroom apartment.  I took care of my cousin’s children for several months until the children were able to be placed permanently with their fathers.

I first got involved with CAC when I went to Melissa to get help finding housing.  I had recently been given a non-renewal from my landlord and had to be out by the end of the month.  I was stressed out at the possibility of becoming homeless and feared how that would affect my family.  Due to the tragedies and financial strain I experienced, I had to file for bankruptcy at the end of 2014.  This was a huge blow to my credit and was the reason I was being denied for housing.

Melissa worked with a local landlord to accept applicants with lower credit scores.  I was denied at first, but Melissa asked if my application could be looked at again and when they did, my denial was overturned.  The only thing I needed to move into this new place and avoid becoming homeless was help with the security deposit which CAC was able to do.

My children and I moved into the three bedroom apartment in the beginning of August and are thrilled to be in our new home.  I am so happy and proud of my new apartment and the children are excited about the fact that they no longer had to share a room.